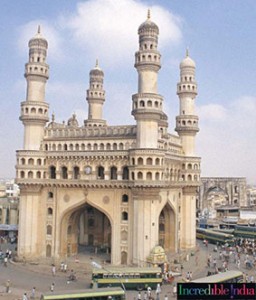 It was 15 or so years ago, that as a PhD student I attended my first Indian Society of Developmental Biology Meeting. It was held somewhere in Pune, I don’t know where. The late Veronica Rodrigues ran the show, I remember her as this scary organizer who could scare even the bosses. I don’t remember much from then except the decision that I wanted to do developmental biology (and I promptly paid the lifetime membership fee for InSDB!) and the realization that if I wanted to study development I had to do it in drosophila. What little developmental biology I knew came from Dr L S Shashidhara’s classes as part of our coursework, where he introduced the beautiful processes of embryonic development ruled by funny-sounding genes names. The names all ran into each other, but the processes were amazing. I was a product of the recently started MSc Biotechnology, where we were introduced to the modern science of Molecular Biology but knew little of the old world of embryology. 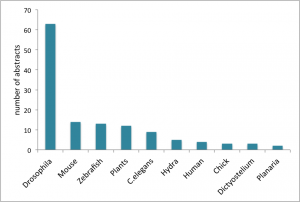 This time, I went to the developmental biology meeting to hear about new research but even more to meet friends in the developmental biology community. We have a thriving one, a community, today. Perhaps many are from labs that attended that InSDB meeting 15 years ago. And an increasing number works on organisms other than drosophila, the reigning king even today. I already had an inkling of this from the two InSDB meetings I have attended in the span of last three years. So, this time I decided to look at the data quantitatively. A plot of the number of abstracts vs. model organisms shows that many new model organisms have arrived at the scene in Indian developmental biology labs. But even more importantly a number of models that had been studied for years by isolated researchers around the country are growing into mini-communities themselves. So, what is the big deal about communities?

Communities catalyze research. As a student, when I went to the InSDB meeting, I had a poster, and some tantalizing data from mouse cell culture. But typical of a frustrated PhD student, when this bouncy lady came to my poster, all I could talk about was my experiments that were not working. The lady was Dr Shubha Tole, and she promptly invited me to her lab to learn the technique, RNA in situ hybridization. I did my life’s and her lab’s first RNA in situ hybridizations on mouse embryos and also in the process found a mentor for life. In last week’s meeting, I saw many such new relationships kindle and many seeds of collaboration between PIs, and also between students get sowed.

Then communities also make science not just interesting, but fun! You look forward to meetings because you can steal away and relish a Hyderabadi biryani in the evenings or hike up to the Golconda fort to admire the city from the ramparts!